How Long Does Bankruptcy Stay on Your Credit Report?

Disclaimer: We offer completely free content to our users. However, articles or reviews may contain affiliate links and we may earn a commission. Learn more about how we make money.

Filing for bankruptcy affords ordinary citizens the chance to obtain relief from their debts. It’s not a decision to take lightly, as it can have a devastating impact on the ability to apply for new loan products. 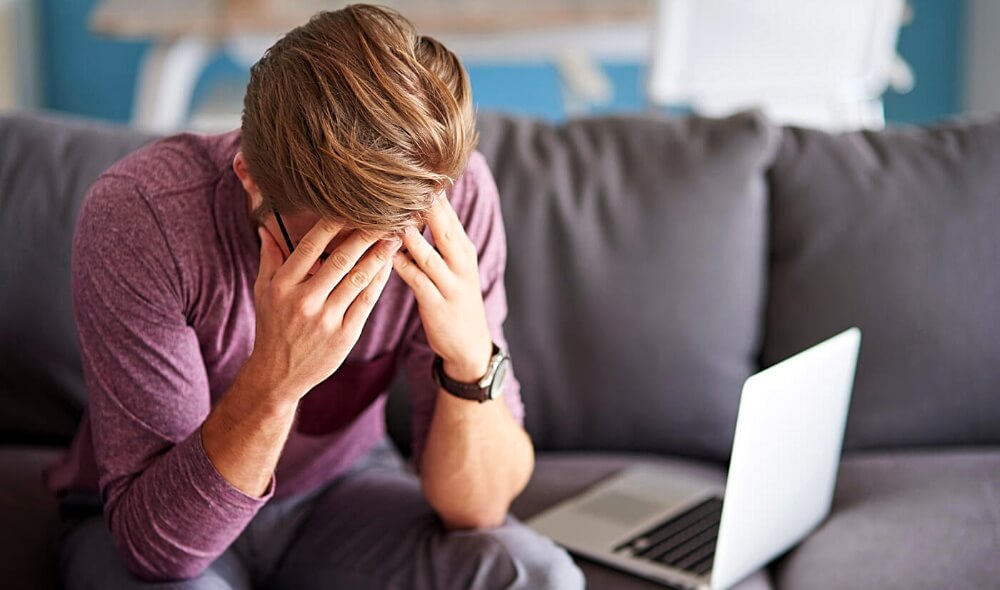 If you have recently filed for bankruptcy or plan to, the question of how long the bankruptcies stay on credit reports may weigh heavily on your mind. We’ll examine this question and how it pertains to different chapters of bankruptcy.

Individuals and couples have access to three types of bankruptcies: Chapter 7, Chapter 11, and Chapter 13. You will rarely hear about Chapter 11 bankruptcies as they are typically used by corporations. Credit bureaus record the bankruptcies in their files under the public entries section. Let’s examine the common bankruptcy filings and the resulting entries in reports:

Chapter 7 bankruptcy qualifies individuals to have some of their debts erased or discharged. Debts in this category include medical bills, car loans, personal loans, and outstanding utility bills. It does not encompass student loans, child support, or tax debts.

Secured loans are only discharged after the borrower surrenders any assets used to back the loan. Courts may decide which assets should be sold. That is why many homeowners avoid Chapter 7 bankruptcy as there’s a possibility of losing their property.

How bad are Chapter 7 bankruptcies to credit? This type of bankruptcy is the most damaging as all debts are erased.

What’s the average credit score drop after Chapter 7 filing? FICO Scores may drop by up to 200 points or more. Not everyone will see the same drop, owing to differences in the credit age, types of credit accounts, and current score.

Chapter 13 bankruptcies are suited to people with fairly good scores, high income, expensive property, and low dischargeable debt. It’s not a way to discharge debts but just to reorganize them.

Applicants obtain an automatic stay on their debts but will still need to honor their loan obligations on a negotiated repayment plan. A trustee oversees the process, and applicants typically clear their debts in three to five years. After meeting certain conditions, they can also have portions of their outstanding balances wiped away.

What’s the impact on the credit after chapter 13 discharge? It’s not as serious as Chapter 7 bankruptcies. The average credit score drop after bankruptcy remains at about 200 points. Another advantage is that this type of bankruptcy has a shorter shelf life on credit reports:

There are certain situations where a court may dismiss a Chapter 13 bankruptcy filing that grants the applicants an automatic stay on debts. The court may take this action after evidence of fraud emerges during the filing process. Dismissals also occur if the debtor fails to fulfill the bankruptcy terms, such as taking educational courses or failing to repay the debt.

The information furnisher should automatically notify the credit bureaus if the bankruptcy filing has been dismissed. The entry may appear as “dismissed,” but it may not give the reason for the dismissal. It may remain on reports for 7 to 10 years and negatively hurt scores.

Can you remove dismissed bankruptcy from the credit report? Well, if the bankruptcy case never went through, it’s possible to argue it with the bureaus by writing a dispute letter. You don’t say that the case never went through. Instead, you ask the bureaus to verify the information about the dismissed bankruptcy. If they fail to verify it, they may remove the entry.

Bankruptcy filings are promptly reported, and this allows creditors to determine if potential customers are in the process of filing for bankruptcy. But what if you decide to reverse the filing? Is it possible to remove the existing entry?

As with removing dismissed bankruptcies from credit reports, consider writing to CRAs and asking them to re-verify the entry. There is no guarantee that this method will work.

If bankruptcy removal fails, consider adding a consumer statement for the entry to explain to future lenders that it has never occurred.

Entries on reports contain information about the current status of various accounts. If an account has been affected by a bankruptcy discharge, you’ll see the status reported as “included in bankruptcy.” The changes in the account status also contribute to a decreased score.

How Long Do Bankruptcies Stay on Your Credit Report?

Negative information doesn’t stay indefinitely in credit reports. It’s because of the simple logic that someone’s economic situation may change. People also learn from past credit mistakes and become better at managing debt.

With most negative items such as late payments, charge-offs, and collections accounts, they only remain on reports for seven years. After which, the bureaus should automatically delete them. Chapter 13 bankruptcies also disappear after seven years from the initial filing date.

Chapter 7 bankruptcies stay on credit reports for 10 years from the date of filing. That’s because they are taken as a more serious credit mistake as some debts are discharged.

What about removing bankruptcies from credit reports early? No, it is not possible. Take note of any company or professional promising to clear bankruptcy entries. They may be trying to scam people. The only way to dispute bankruptcy accounts is if they have any errors.

Public account entries may not have as many errors as consumer accounts. Still, experts recommend reviewing reports for errors as serious mistakes may result from identity fraud or wrong identity.

How to Improve Your Credit After Bankruptcy?

The negative effects of bankruptcy on credit scores become less severe, the longer the entry remains on reports. This presents the opportunity to take corrective measures to boost scores as the expiry date approaches.

Before the bankruptcy is off credit reports, consider these options to improve credit:

Bankruptcy filings were down in 2020 from 774,940 cases in 2019 to 544,463. While this may seem like a small number, about 30 million Americans have filed for bankruptcy in the past. It’s a large segment of the population that creditors cannot ignore.

So, lenders now issue secured credit cards. In the first six months, the creditor will require a refundable deposit, and the credit line will correspond to the deposited amount. After establishing a positive payment history, the card company may offer rewards and increase the credit line.

Consider paying down the outstanding debt on existing credit card accounts, but don’t close them. Carrying a low balance on credit cards reduces the CUR rate that contributes up to 30% of the score. Even after opening secured credit card accounts, charge the card a few times and pay off the balance in full at the end of the month.

As the credit card account ages, it contributes more points. That’s why it’s not advisable to close older accounts even after clearing the outstanding debt. This advice may be overlooked if the credit card company charges an annual fee to keep the account open. If the cards are a source of temptation, you may dispose of them and close the account.

While bankruptcy affects the ability to qualify for traditional credit products, there is still an active and private lenders’ market, but with higher borrowing fees.

Be wary of lenders offering short-term and high-interest loans. The loans are easy to qualify for even with bankruptcies, as the lenders only consider your paycheck. On the downside, they must be repaid on the day you receive your salary.

Missing the repayments comes with additional penalties, and a small loan may quickly grow to unmanageable levels. While lenders don’t report the short-term loans to credit bureaus, they may impact your ability to meet repayments as per the bankruptcy agreements. Upon defaulting, short-term lenders may sell debt accounts to collection agencies that report to the bureaus, hurting your credit history.

It’s essential to verify that only accounts that were part of the bankruptcy filing were actually noted. If there are any reporting errors, dispute them with the bureaus and provide evidence for better outcomes.

The impact of bankruptcy is devastating, but it’s possible to add information about bill payments to reports. For instance, Experian allows customers to add histories of their phone and utility payments through the Boost program.

The Experian RentBureau also allows landlords and property management companies to submit information about rent payments. Other paid services will report rent and other utility payments to the bureaus, such as Rent Reporters and LevelCredit. 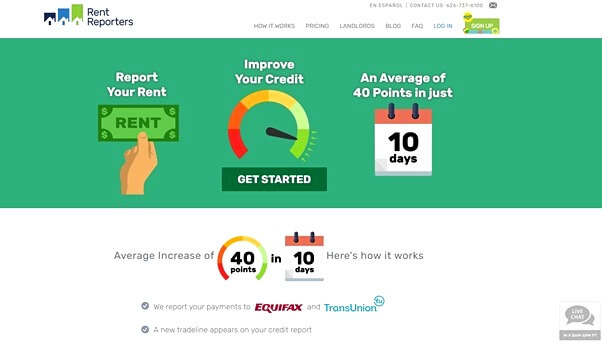 The borrower typically deposits money as collateral. It’s only possible to borrow up to the deposited amount. The products are still worth it as the lender will report on-time payments to the bureaus. This acts as a new source of positive information to offset the negative bankruptcy on credit reports.

Reviewing reports for other errors

The presence of other errors from separate accounts may impact good credit scores. So, review reports regularly for errors and challenge the bureaus directly. Credit repair companies may send disputes on your behalf. However, don’t hire them if there are other more pressing expenses to attend to. The services cannot do anything that you cannot do by yourself.

You can anticipate a 200-point credit score drop after Chapter 13 or Chapter 7 bankruptcy filings. Getting bankruptcy removed from credit reports will only occur after the entry has been present for about 7 to 10 years.

Be wary of services or people that ask for money to remove legitimate bankruptcy records. We have also noted that there is a slight chance of having dismissed bankruptcies removed by asking bureaus to reverify the entries. However, it doesn’t have the highest chance of success. 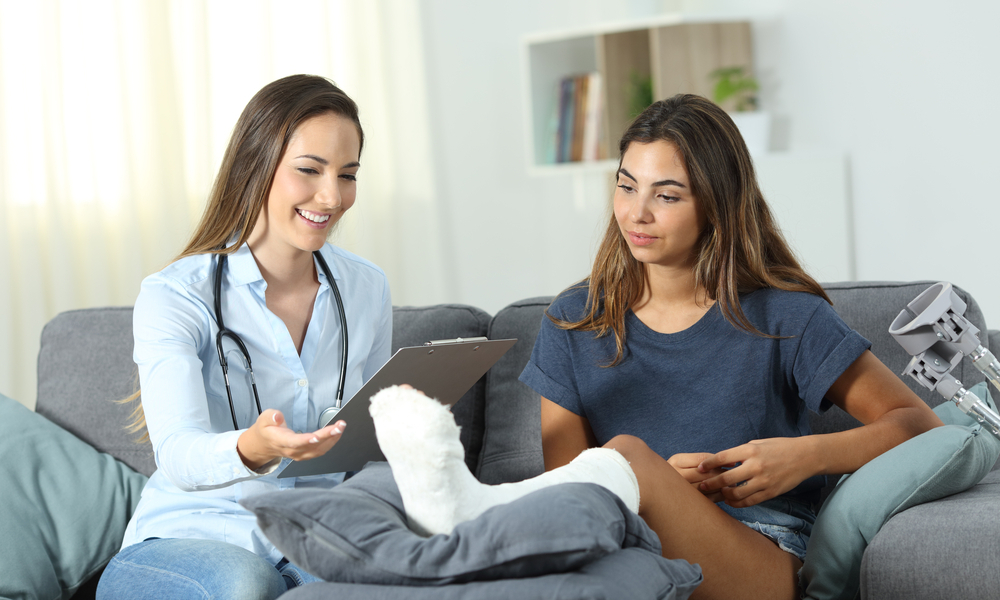 How to Dispute Medical Bills on Your Credit Report? 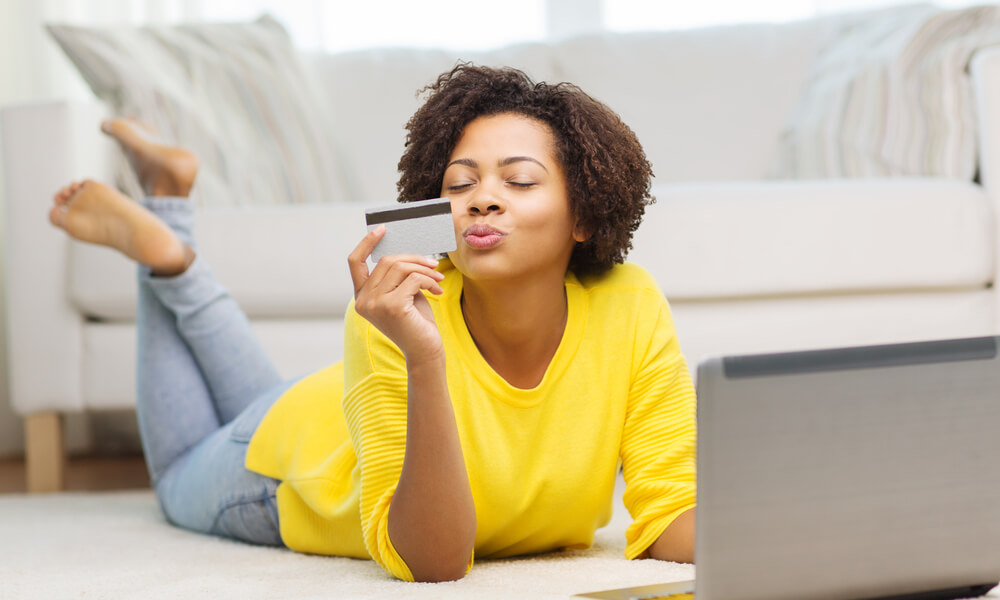 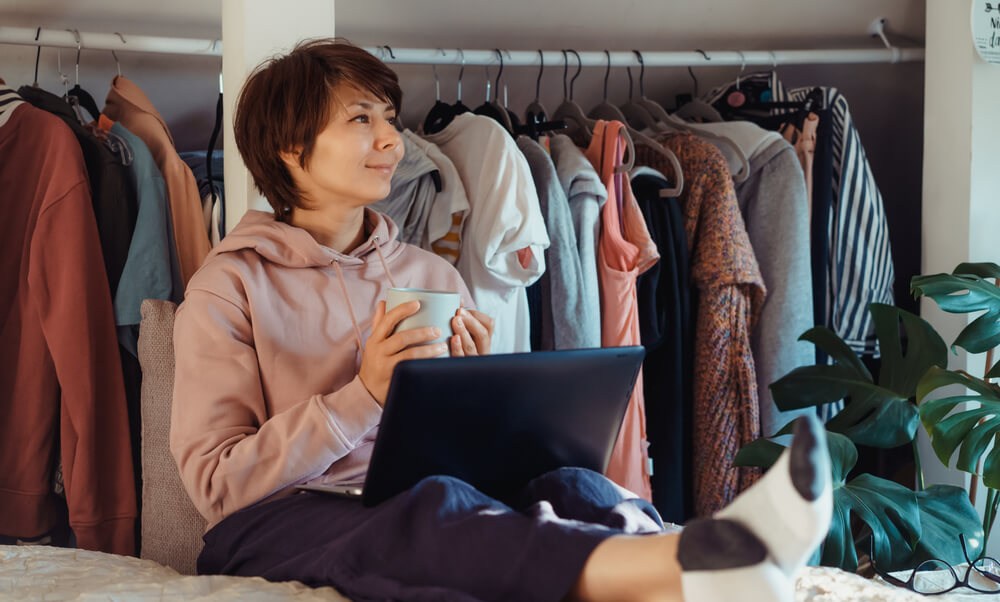 How Long Does It Take to Build Credit? 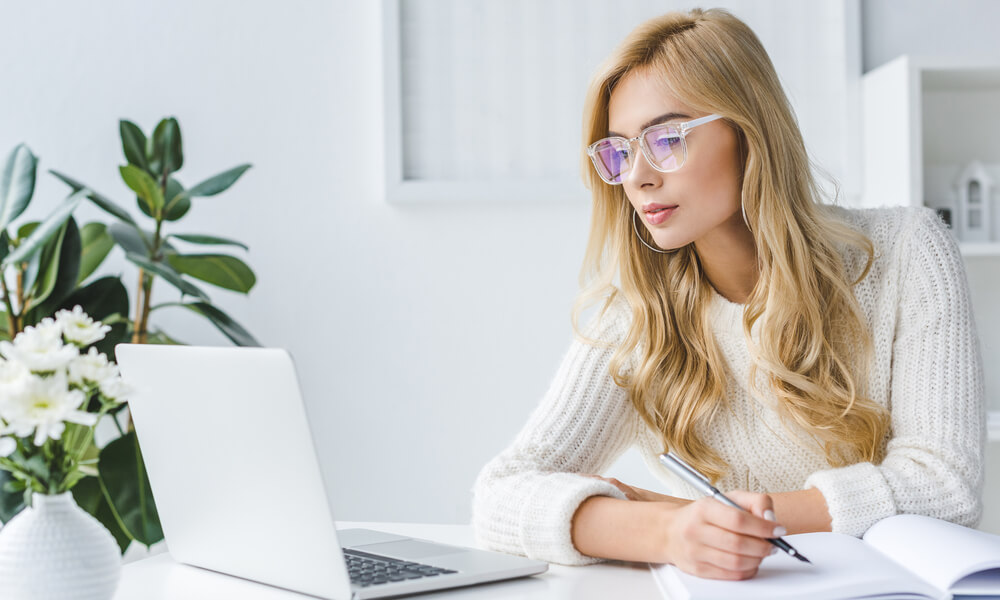 What is a 609 Credit Repair Letter? 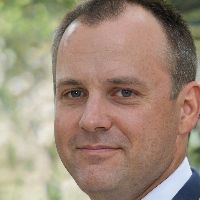 Gerald is the founder and editor-in-chief of CreditFixed.com. Over 13 years of experience in credit repair companies and finance. Each text is published after its detailed proofreading

How to Dispute Medical Bills on Your Credit Report?

How Long Does It Take to Build Credit?

What is a 609 Credit Repair Letter? 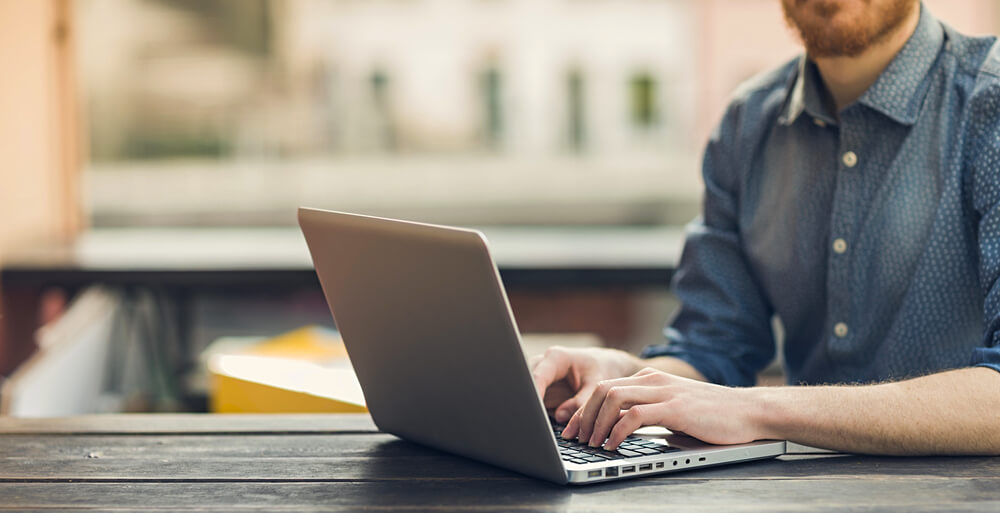 The 3 Best Tradeline Companies of 2021